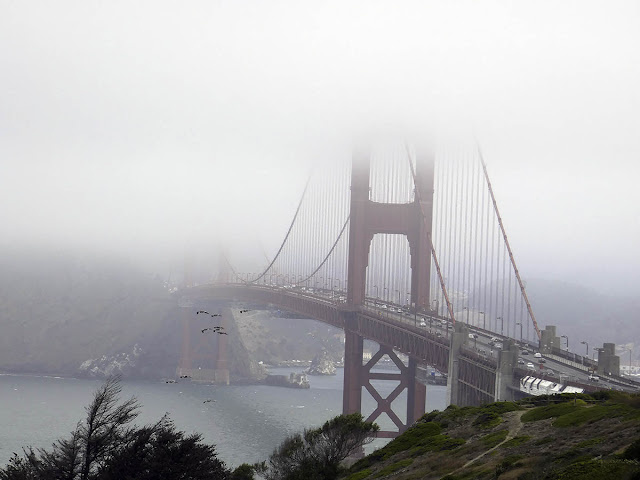 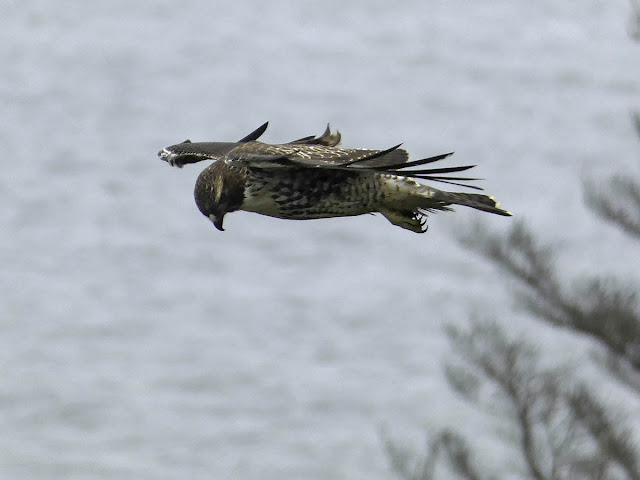 Some things never change, like summer fog in the Golden Gate, or flocks of pelicans soaring along the coastal cliffs.

I was looking for a bike ride the other day that was a little longer than usual, so I pedaled my e-bike over the bridge to Tennessee Valley

, part of the Golden Gate National Recreation Area . The first surprise was to find that the old dirt and holey car park at the end of the road had been completely paved. The second surprise was to find that the stables and ranger quarters halfway down the beach were no longer in use and returned to nature. (The decision to close the lower TV stables was made at the end 2012, and the

Mounted Patrol who was housed there has been moved to Rodeo Valley.)

I took the path of land to Camp Haypress and parked my bike to eat the apple I had brought with me, then pulled out my FZ-68 while California quails, scrub jays and northern flickers frolic around the campground. It was sunny, warm, calm, sheltered from the wind, full of birds and generally about the exact opposite of my home in San Francisco. After filling my spirits in this little nature sanctuary, I walked back down the rutted dirt road to the main trail and down to the beach.

On the way, I kept my eyes peeled for wildlife, stopping here and there to look more closely at the hills and the prairies. It was about noon, so I had more hope than actual expectation, and indeed I didn’t see any wildlife other than birds. The heyday of finding bobcats to photograph was ten years ago, in 1200. There were three very healthy male bobcats (nicknamed DeNiro, Redford and Rocky) who occasionally made themselves available to be photographed hunting outdoors. They were clearly used to having people around since the Tennessee Valley has always been such a popular place.

As I checked out the abandoned stables, I wondered if the area was a better wildlife habitat now or before. It seems obvious that the landscape, if left to its own devices, would provide a better habitat than a landscape with more human influence, but I’m not so sure. Can once productive fields and meadows become too densely overgrown? Should any human presence be considered a “disturbance” or is any part of it actually suitable for wildlife? Hopefully the park service and/or others have taken this great opportunity to do a study. 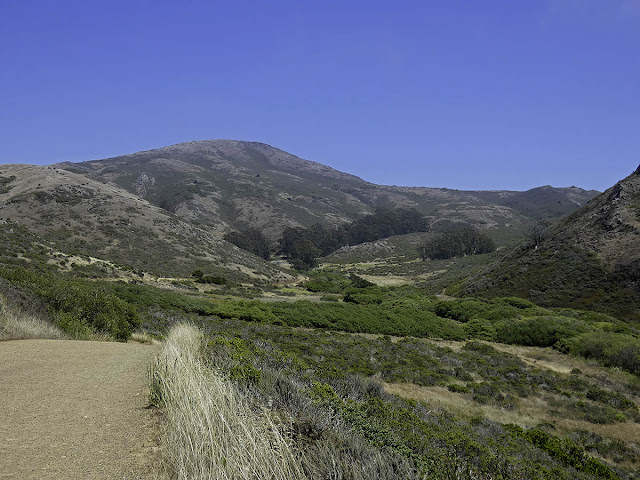