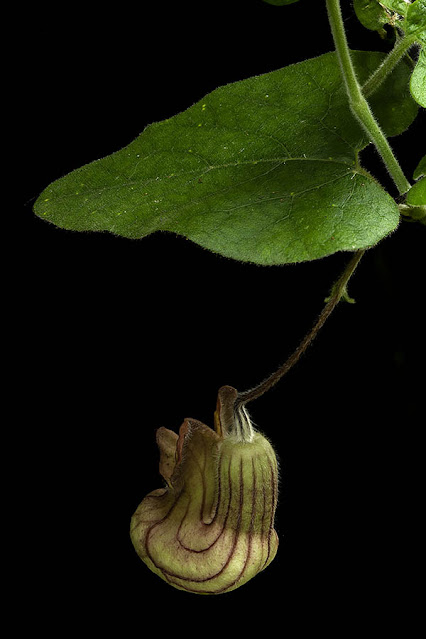 A few years ago I visited the Strybing Arboretum and I found someone who could sell me a pipevine plant. The clerk at the little store near the entrance sent me to the nursery greenhouses near the California Garden. I poked around until I found a gardener who offered to see if he had one for sale, and she soon returned with a fragile little twig. For the price of sixteen dollars, a little more than the typical potted plants I get at the Sloat Garden Center, I had another California native to plant out back. He joined a hazelnut tree and a blueberry that I planted more than ten years ago.

The little strand looked so fragile that I didn’t let myself get too attached to it. But he was still alive the following season, and I continued to pamper him, giving him a little extra water and pulling nearby weeds or any other competition.

One day, I happened to watch steps above the garden and saw the cat sleeping next to it, unconscious. I placed a ring of thin sticks around the base of the plant to make sure she didn’t accidentally crush it. It has so far survived the cat, as well as skunks, squirrels, raccoons, rats, slugs and gophers. It is a winter deciduous plant, and after its first growing season it quickly looked even more pitiful than when I first planted it, so I was relieved to see new growth after its first winter.

At the end of January this year, it bloomed for the first time. A single flower. Our yard receives very little direct sunlight (even when there is no fog) so growth is surprisingly slow. Because it had already flowered earlier this year, I was pleasantly surprised this week to see that it had flowered again, and again with just one flower.

And this is such a cool flower. According to the

, “[t]he flowers have an unpleasant smell that attracts tiny scavenger insects.Insects crawl into the convoluted flowers and often get stuck and disoriented for some time, picking up pollen as they wander.Most eventually escape;the plant is not not insectivorous as once thought.”I do not detect no smell at all flowers I have, and looking down the pipe reveals no fungus gnats or other creatures, scavengers or otherwise. When I trained my macro lens on the flower, I saw a spider small enough to hide behind a grain of rice scuttle the stem of the flower. It may be a hunter of other small visitors. My neighbor, a former gardener at Golden Gate Park who, at the age of 93 still does vigorous gardening by volunteering with the Recreation and Parks Department 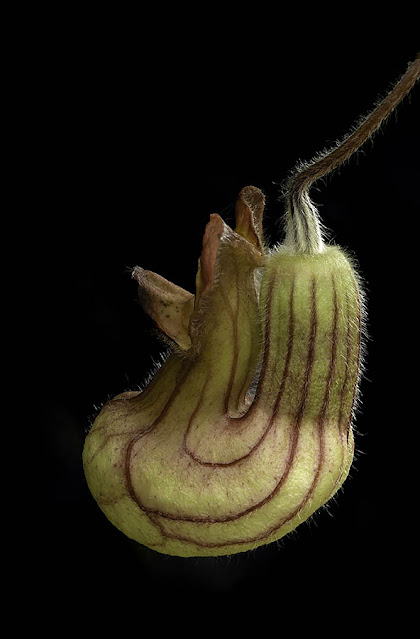 , has much more mature pipevine plants in his backyard. Much of his pipevine climbs the oak he planted from an acorn around the time my wife was born, and his plants have been home to many pipevine swallowtail caterpillars (which I believe he has obtained from the arboretum, if I remember correctly). I hope one day my plant will grow hardy enough to be a host as well, and maybe provide some genetic diversity if pollinators visit the flowers in both of our yards.