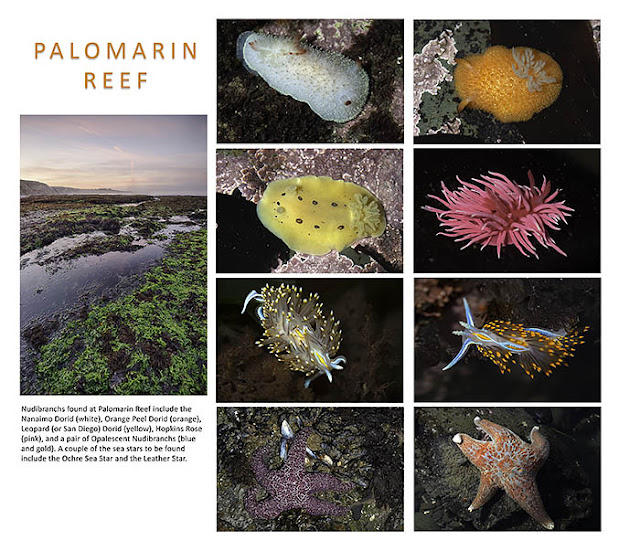 I haven’t been filming the past week, but instead have been working on a long term project on Pt. Reyes which will be similar to the Mt. Tam book you can see in the sidebar. I thought I could start creating basic pages by selecting single images that are worth a page on their own. I’ve mocked up the above page for now, but eventually I’d like to replace the two starfish with nudibranchs, assuming I can catch a few new species.

I biked to Mt Tam today to check on the trail camera, only to find that the pool continues to attract very few visitors compared to other years. I think the pool is a bit shallower this time around and the “beach” is a bit steeper so maybe not as attractive to wildlife. But even the band-tailed pigeons, which were so prevalent in the past, have been absent. The coolest animal to appear was a bat, but the trail camera footage and video aren’t worth posting. A fox walked past the camera and put its mark on it. I didn’t notice any particular smell when I checked it this afternoon. On another scatological note, I nearly got my hands on a pile of raccoon poop shortly after banging it on a stick and drawing just enough blood to attract the attention of some very persistent little flies. The goldfinches that were around the Rock Spring water reservoir last week were gone. The soundscape had returned to the realm of acorn picks.

It seemed like it It was going to be a day of micro-climates, so I brought an anemometer and a thermometer to quantify my observations. It was 66 degrees in my living room just before I left at 9: 01 am, and 40 degrees outside, with a light breeze of 2-3 mph. The fog was wet enough to dust my glasses and make a crackling sound on my nylon windbreaker as I descended the hill towards the Golden Gate Park entrance at 9th and Irving. Halfway to the Golden Gate Bridge, it was about 44 degrees with 6- wind mph. I would have guessed the wind was stronger than that so it was good to have some measure. I only got past the fog just below Bootjack, and once in the sun the temperature quickly rose to 61, then until 69 when I reached Rock Spring, and finally at a maximum of 82 in the sun. The wind had picked up at -01 mph by the time I got home, with gusts at 12 mph. Again, when I hit those gusts head-on, I would have guessed they were stronger than that.

And just to earn my mishmash license, I’m including some quirky photos of making a cheese pizza with veggie toppings, and a recent find from a grocery store. mochi donuts on Irving Street near Nomad Cyclery where I was having my e-bike tuned, with new rear brake rotor, brake pads, chain and cassette, and new fat tires (old = 700X16; new = 700X33) which I thought I would try for more comfort Sake.

On my way home, I passed the seaplanes near the exit of the freeway and I remembered when my wife put us in one of them for my 33th birthday — 10 years ago! Holy cow. I also photographed a brood of great redhorses from the bike path between Sausalito and the seaplanes. They were the first ones I saw there. I’m still waiting for the return of the black-necked stilts that I often saw before I got the FZ-70. 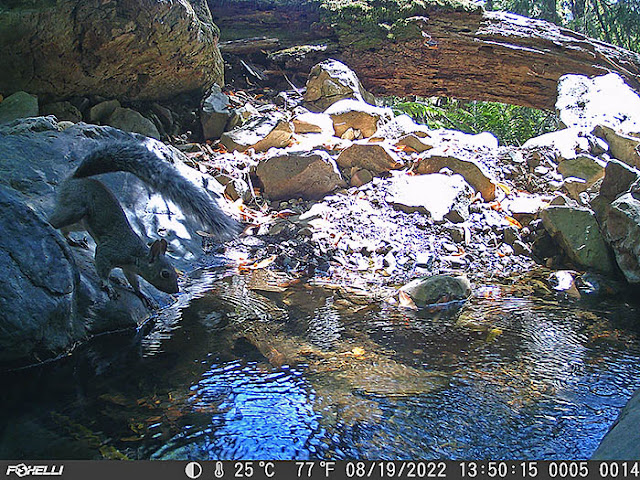 The squirrel comes to take a glass 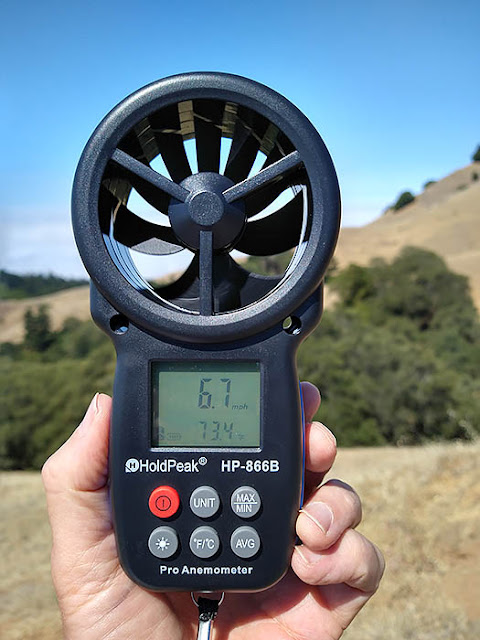 Jay de Steller comes in for a bath

CR scene ime on the log above the water hole 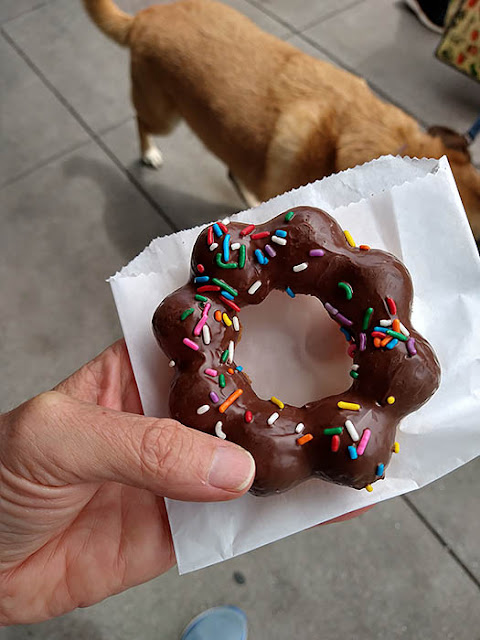 The fox marks its territory