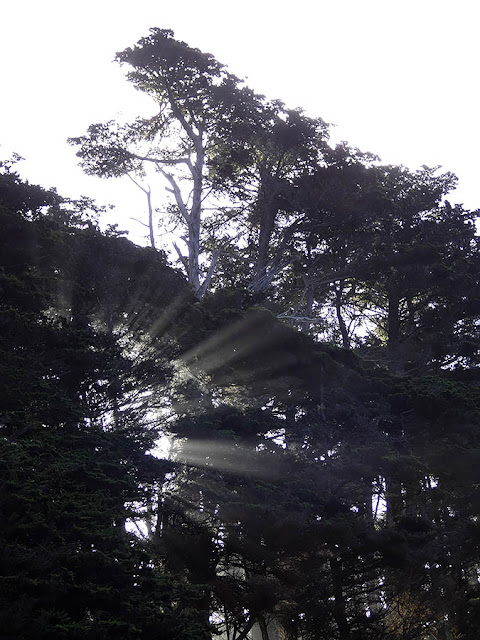 Striking early this morning on the reef at Fitzgerald Marine Reserve, I quickly spotted a tiny bright orange creature that I assumed was another of the tiny sea cucumbers I photographed at the bottom of

this recent post . It wasn’t until I viewed the enlarged image in Photoshop that I could better see the tentacles coming out of its head. But wait, what’s with the tentacles? Isn’t it a rhinophore? Oh !

Apparently it was a juvenile spotted dorid, Triopha maculata 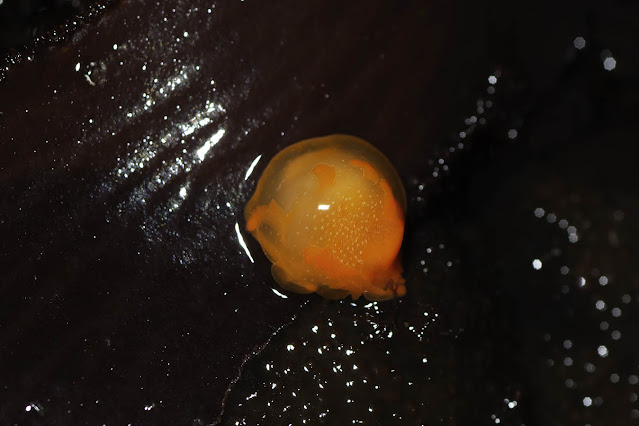 , and at no time on this reef never realized it was a nudibranch. Yes, there are more than one kind of tiny orange slug-like creature with weird appendages.

For a few days before leaving for Fitzgerald, I whetted my appetite by browsing the large

intertidal invertebrates of California by Morris, Abbott and Haderlie, published in 1200 . Morris was the only photographer for the color plates at the end of the book, and he has a nice photo of a 27 mm long

Triopha maculata (much bigger than the ones in this post) from Pacific Grove. Morris took all the pictures with Kodacolor film in an Exakta second hand 31mm camera with 45mm and 94 mm lenses fitted with bellows, extension tubes and/or close-up lenses. He used sets, projectors and fresh bottled seawater to create many images, sometimes from the confines of a motel room. I can imagine the difficulty of trying to do it all himself, and enjoyed his quip that “the gear seemed to work most efficiently when supplemented with copious amounts of sweat and swearing.”

It seems to be getting harder and harder to find search results not trading with Google, and I couldn’t determine if Morris is still around. But if he is, I bet he would appreciate how easy it is to photograph tidal pools these days. I’ve seen people get incredibly good results with their smartphones, as well as compact cameras that can go underwater. Anyway, I thank Morris for his effort and for showing me the incredible variety of intertidal animals you can see in California, including some that look more like slime molds than everything we would normally associate with the word “animal”. 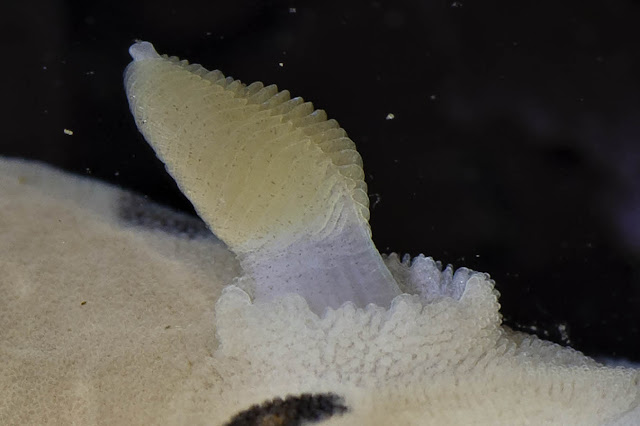 Another orange animal (a sponge, I’m Lieve) Close harvest of one of its rhinophores A small chiton lined in a delicious bowl of coralline algae 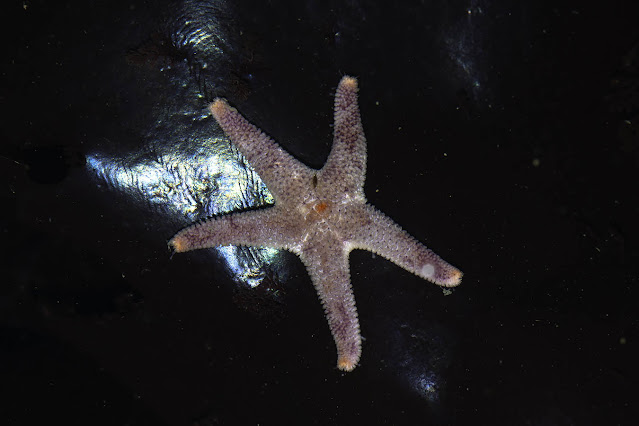 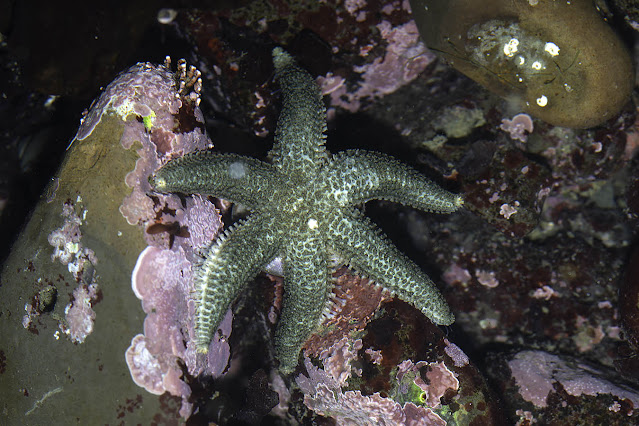 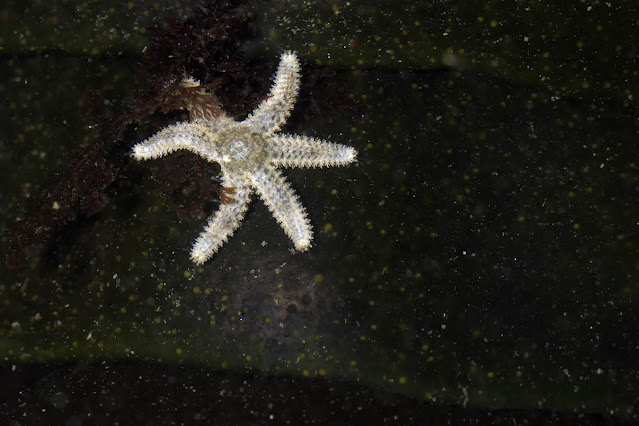 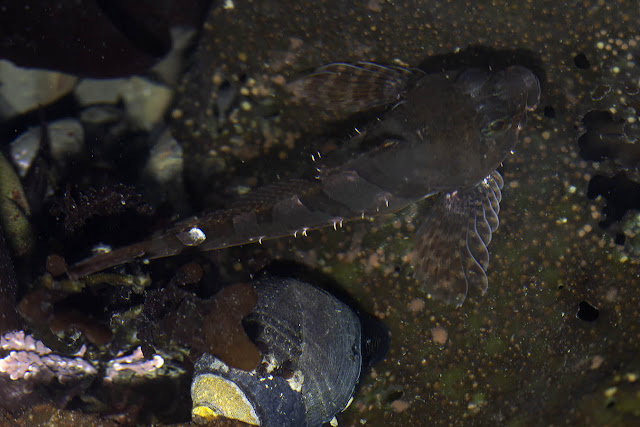 Sunbeams on the cliffs