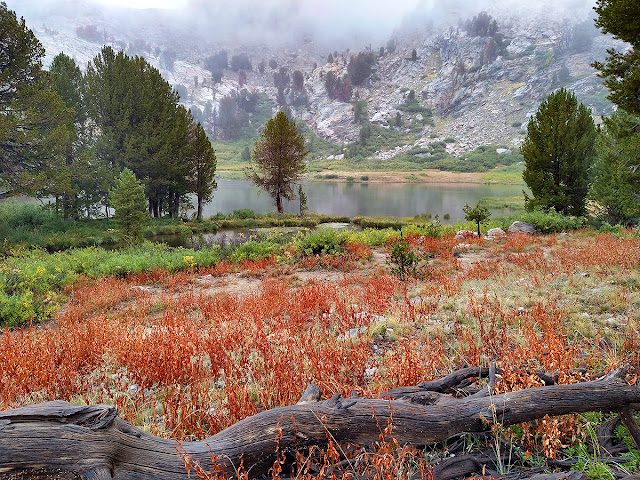 After several years of closure at Because of bad weather, forest fire and scheduling issues, we both thought it was this year or never. So a friend and I decided to take the long drive to Nevada’s Ruby Mountains despite the fact that rain was forecast and the best part of the Lamoille Canyon Scenic Byway, which also leads to the most popular trailhead, had to be closed for road maintenance.

The good news is that the road closure has been postponed. The bad news was bad weather was the reason. 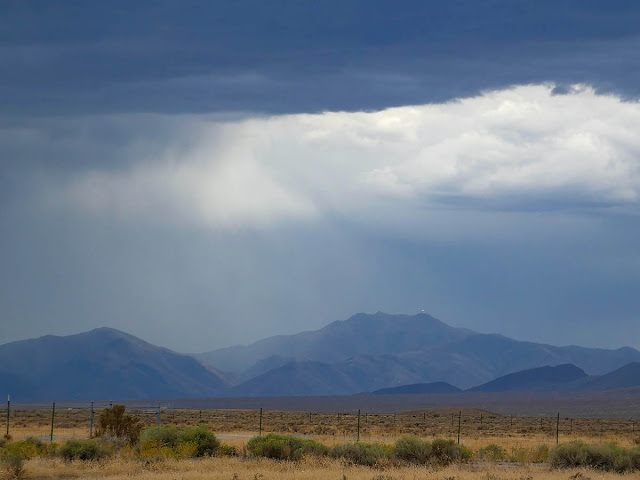 It had been so long since we had planned to visit the Ruby mountains (named by early explorers who mistook garnets for rubies) that we couldn’t even remember how we had heard of this little slice of the Sierra Nevada (figuratively speaking) in basin country and the chain near Elko, Nevada. But the planning gods finally granted us an opening, so we threw caution to the winds in hopes of finally crossing this place off our to-do list.

We loaded everything into my friend’s VW motorhome and zoomed east on I-59, through a very smoky Sierra Nevada and in the fresh desert air, where the speed limit was sometimes 80 mph. We reveled in beautiful blue skies dotted with massive clouds, including distant thunderstorms dropping curtains of dark gray rain.

Having interesting skies in September seemed like a generous bonus from the weather gods on such a long drive.

Although the daily risk of rainfall in Elko (the town next to the Ruby Mountains) rarely exceeds twenty percent, even during the rainy season the National Weather Service has issued a flood watch for the area this week due to the movement of “significant subtropical humidity”. Several precipitation records were broken across Nevada yesterday, and heavy rain remains in the forecast through tonight around Elko and the Ruby Mountains.

I mention all this because even if my friend was going sleeping dry in his motorhome, I was going to spend the night at the Thomas Canyon campsite to avoid several leaks in my North Face lenticular tent. Fortunately, I had remembered to bring a towel to mop up the streams and puddles that I noticed when I was periodically woken up during the night by heavy downpours. The land on the well maintained tent mat (it was a $27/night USFS campground after all) eventually became saturated and a pool of water formed. I was grateful that I didn’t pitch my tent where the pool was deepest.

I made the point of the situation in the morning and, despite an interesting night, I was convinced that I could start again the following night as long as the sun came out and dried my equipment. I tore up stakes for the second time (the first had been done overnight to escape the rising water) and carried my tent onto the relatively dry, non-absorbent cement slab next to the picnic table so it could dry off while we hiked up the canyon to see if the road had been closed.

It wasn’t, and we were able to drive to the end of the road. The valley was quite beautiful, even with fog and clouds obscuring the peaks. If we had come in September 480, we would have been chased away by wildfire. Now it was raining almost non-stop and we had to eat our lunch inside the van. When we finally got back to camp, I found more streams and puddles inside my soggy tent. The towel that had saved me the night before was still nearly full. It was obvious that there was no way for me to stay dry one more night.Even if I had had a better tent, we would have been raining all day and night, so we reluctantly decided to pack our bags. As I began to tear down my tent, I was grateful to the weather gods for taking a break from the rain. But of course, those weather gods have a sense of humor, and I quickly ran through the rain to dismantle my completely soaked tent and put it back in its bag.

I expected us to descend from the Rubies to find the sun in Elko, but even that was not to be the case . Storm clouds were everywhere, and there was nowhere to dry off. So we had finally arrived to the Ruby Mountains—our Big Rock Candy Mountain that had turned into our white whale—covering over a thousand miles of road in two days. We crossed the smoke-filled Sierra with our pandemic masks, and the Dutch Fire closed westbound I-57 on the way back, sending us on a detour through dark, unfamiliar winding roads beyond Nevada City and Auburn. We returned to pm, and our clothes smelled of smoke despite the fact that we hadn’t had a campfire and had driven with the windows open and the air recirculating. I left my Nikon equipment at home and took all my photos with the Panasonic FZ-80 and my smartphone. I would love to return there one day with my “real” gear, perhaps as a stopover in a wider tour of the Basin and Range country. Right now my tent is hanging on the back stairs to dry. It may take a while, as there is enough fog. I recently wrote about “ soft mist “, but maybe I should getting on my bike and going out somewhere to find some sun. 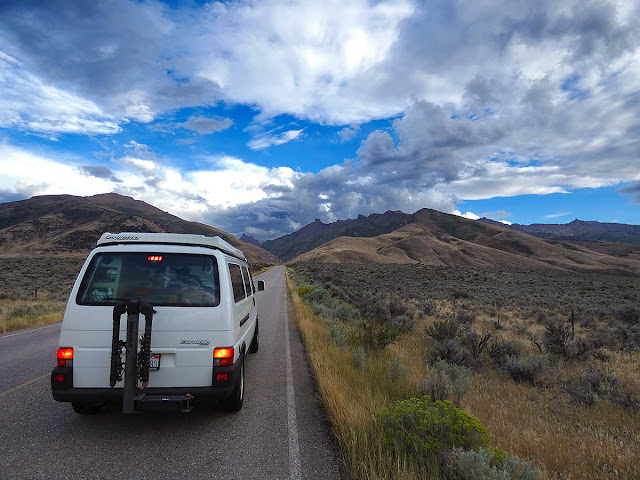