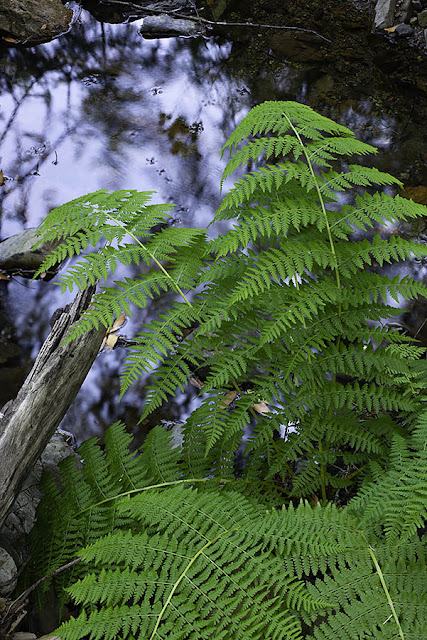 Mt. Tam’s Cataract Creek, so named for its rainy season splendor under Laurel Dell, is just a series of tranquil pools separated by stretches of dry stone in the summer. I was on the trail at 7am the other day feeling a little guilty for driving all the way here for a wild goose hunt, but also very lucky to be out in the wild on a beautiful morning. A few scenes that I had seen in passing during a recent hike with my wife had remained in my memory, so I thought they might be worth a closer look with the D800. One was a farewell flower to spring, and the other was that little fern-lined section of the creek. Both locations were close to each other and only half a mile from Rock Spring. Despite the lack of novelty in this very familiar environment, I somehow spent a few hours exploring the photo opportunities, about the same amount of time my wife and I had spent on our six and a half mile loop a few days before.

Spring farewell flowers were still closed when I arrived, but the sun quickly rose above the forest and opened them. Around the same time the sun was opening them, I noticed the flowers still in the shade were opening as well. I wondered if they responded to some sort of circadian rhythm, or perhaps to temperature or a slight increase in brightness. Or maybe even the cobweb of the wood: imagine the plants in the sun somehow communicating the arrival of the new day to all the others nearby. 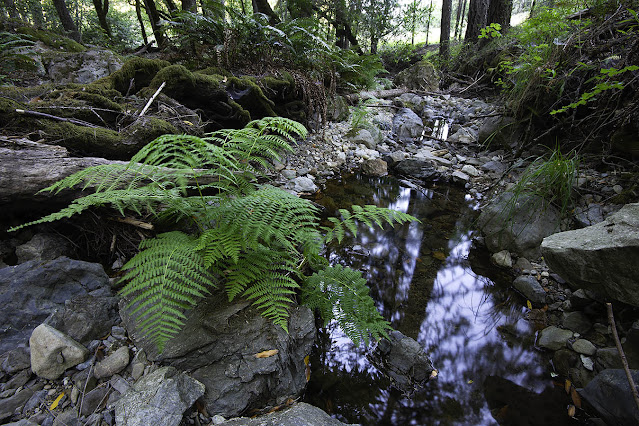 900 Close up of cone scales and rat tails