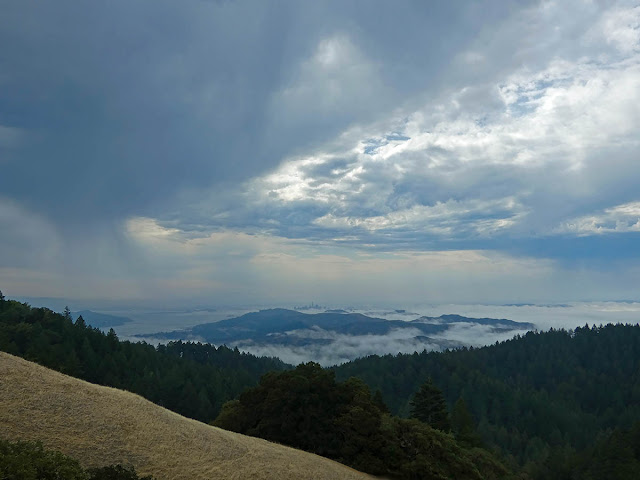 Scenes of crazy skies filled with clouds pouring patches of rain were nice, as were the occasional few drops that landed on me, but best of all was hearing the rumble of thunder as I entered the woods to check my trail camera. Not the kind of weather I would normally expect on a day in mid-August, which made it a good day to cycle up Mount Tam. I was prepared for the rain, but whenever the sky darkened nearby, I hoped I could avoid getting drenched. My luck held out, and I never felt more than a few drops.
There was a dense river of fog that snaked through the Golden Gate, with storm clouds moving in the sky above him. It was such an unusual scene that I stopped at the north side visitor lookout to pick it up and take a picture with the FZ 84. The rest of the drive was normal, although I stopped along the scenic highway to photograph a pair of panther amanitas growing under a pine tree in someone’s front yard. I also didn’t expect to see mushrooms in August, but this place probably gets a lot of fog. (Just this morning I found a puffball in my garden at home.)

There were quite a few California quails in the area around Rock Spring, and I was glad to see they appeared on my camera as well (video below). I accidentally spooked them and raised a cacophony of excited quail. Once it subsided, I noticed a constant high-pitched chirping of countless small birds too high in the trees to be seen. But on the way to the trail cam, I saw them fly up to the Rock Spring water reservoir to drink from a small leak. After checking on the trail camera, I returned to the reservoir to await their return. It was hot and muggy, and the little flies harassed me as I tried to stay as still as possible. Finally, the birds came back to drink despite my presence. They were goldfinches, and there must have been dozens of them. 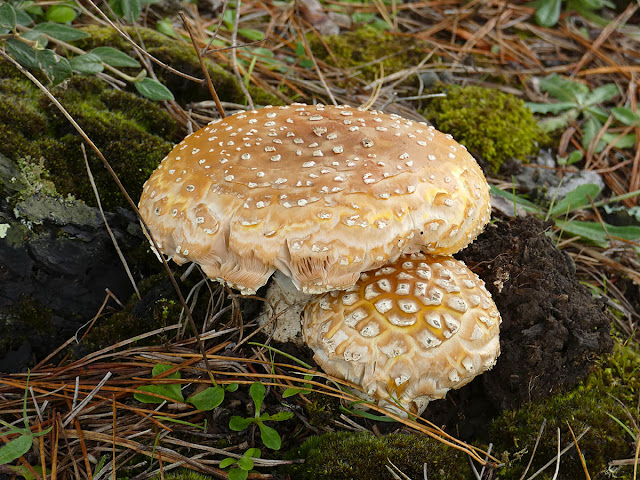 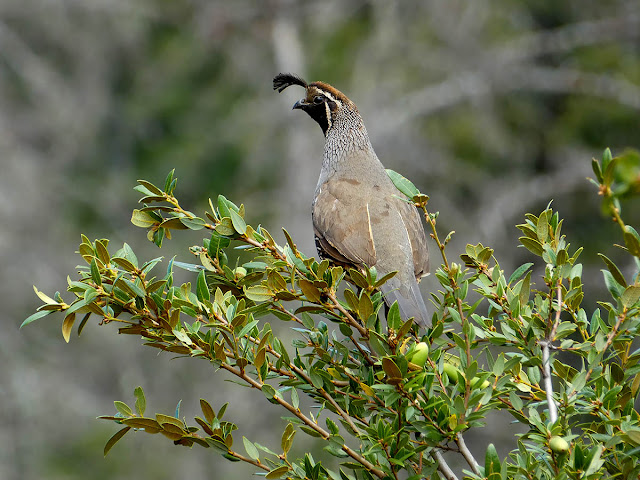