Wizkid Set To Headline Festival In London Alongside Naira Marley

After a fantastic 2021, starboy Wizkid appears to be off to a strong start in 2022, as he is set to headline Yam Festival in London, with prominent artists such as Flavour, Naira Marley, and CKay all scheduled to perform as special guests. 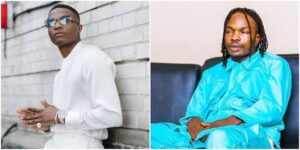 Wizkid has been announced as the main act for Yam Festival 2022 in London, which will take place on Saturday, August 27, 2022. He will perform on the main stage with special guests including popular Nigerian acts such as Naira Marley, Ckay, and Flavour.

This is a significant achievement for the Grammy Award-winning superstar, who plans to pick up where he left off in 2021 following three sold-out shows at London’s 02 Arena.

The Yam Festival is an afrobeat event that celebrates the importance of black music, culture, and dancing. On August 27, 2022, it will take place on Clapham Common in London.

The debut of the Yam Carnival in 2021 marked a major shift of London’s cultural landscape. With the festival now in its second year, the standard set by the first had been set fairly high, but the organizers have raised the bar even higher for this year’s edition, as they are preparing to launch a brand new stage dedicated solely to people who love and play the piano.

The festival’s main stage, which will feature Wizkid, will also showcase thrilling performances from musicians such as Naira Marley, sensational CKay, and the classical beauty of Flavour’s performance, as well as Fally Ipupa and Black Sheriff.